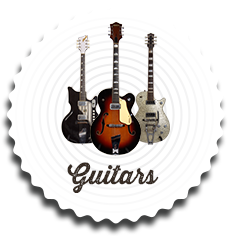 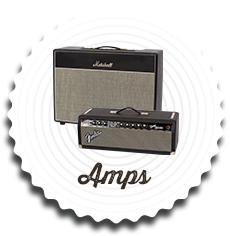 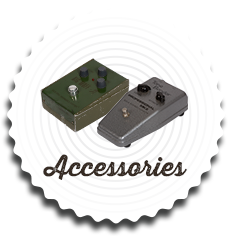 Welcome to the Home of Tone.

Pure, sensual Tone, that resides in the heart of aged, some now extinct, tone woods, that was hauled out of the ancient, virgin rain-forests many years ago and shaped by the hands of craftsmen known as luthiers. Keith Richards plays a really old Telecaster. He's not trying to be cool, he plays it for the same reason Jimmy Page, Billy Gibbons, Bruce Springsteen and many other great musicians play old instruments-

In an interview recently someone asked Keef why he doesn't play his '70s Custom anymore, he replied - It's heavy and we've got so many better guitars now. The better instruments he's referring to are late 50's early 60's Fenders and Gibsons, it simply doesn't get any better.

If music is the food of Love, then these instruments are a gourmet kitchen for preparing that very food.

In a time of abundance, when time, itself, was abundant, these craftsmen selected only the choicest of wood and shaped them to perfection with their bare hands, adding the magic, that was electricity. Before CNC technology enabled factories with, cookie cutting, type machines which stamp out guitar shapes on barely dried, quickly grown, timber. Certainly more profitable, but undoubtedly inferior quality. Now referred to as the 'Golden Period' of instrument building, care was given more to quality rather than quantity in these times. An alien concept in modern production-lines, it would seem.

But then, this was a time before psychopathic dictators, known as Multi-National-Corporations, ruled the world.

A time when they were unaware of the, soon-to-be, dwindling rain-forest. They drove huge cars and knew nothing of green-house gasses. It was post-world-war II and ignorance was bliss if you lived in the USA in the 50's. The fish were jumpin' and the cotton was high and musicians everywhere would soon be getting high also and playing guitar, it was spring-time for electric guitar and the summer of love was approaching fast.

Skirts got shorter and blue jeans and leather became fashionable, the working class gathering Mojo, as this culture bloomed.

Blues and Country guitarists had discovered electricity and electric-blues became Rock n'roll. Elvis discovered hair cream and how to Shake, Marilyn discovered Peroxide and how to Pout. Every big car had a car radio and more and more were being tuned to stations playing Rock n' roll music, while the pouters and shakers drove around with no particular place to go.

One black musician who was working in a car factory after getting out of jail wrote a song called 'Maybellene' on the electric guitar, the song was about Big Cars and Loose Women. 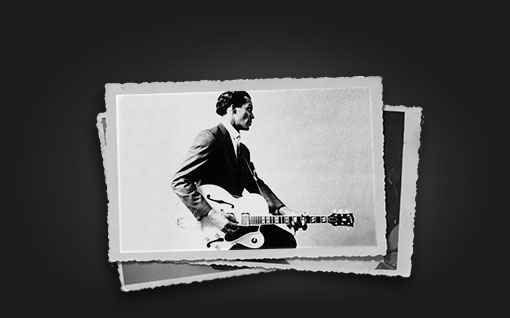 The song went to No.1. The musician, Chuck Berry, then wrote "Roll over Beethoven" "Rock and Roll Music" and "Johnny B Goode" The electric guitar was definitely here and popular music would never be the same. Of course, it was too good to last - and it didn't last, electric guitars began to change, as did the cars, in fact everything changed - Never to be the same again. Luckily we still have the culture born out of this period, the song remains the same, Rock and roll will never die, some of the guitars survived also - even though it had became cool at one stage to destroy equipment on stage.

My focus is to give people access to playable, toneful instruments and amplifiers from the 'Golden Period' that they might not otherwise get to use on recordings etc. Rock On.